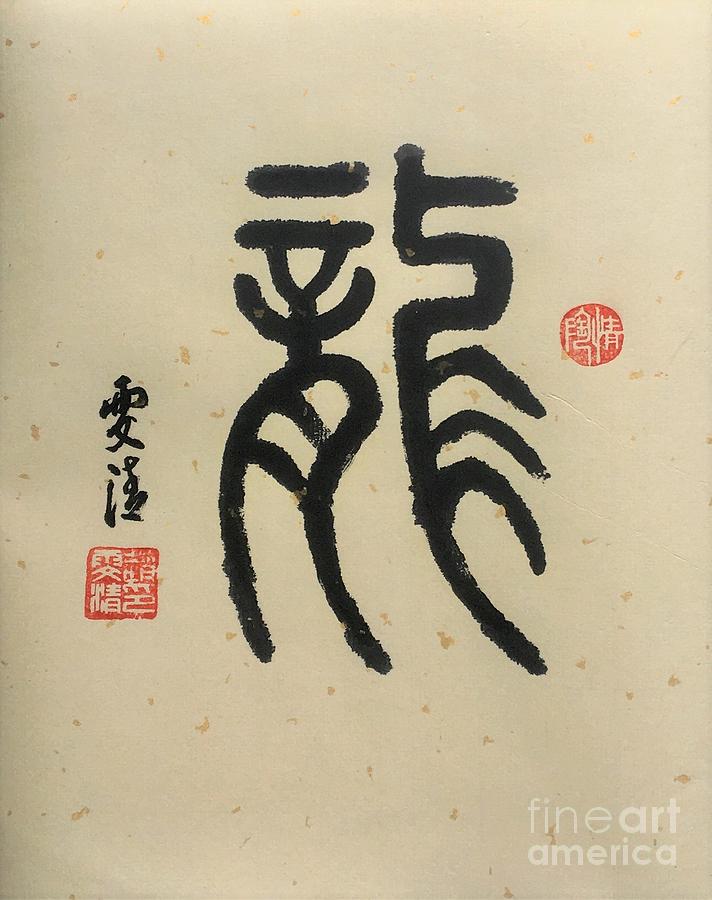 This piece of artwork is an artistic representation of the Chinese character for Dragon 龍. It was using Chinese traditional ink handwritten on good rice paper and It was seal script style (1122 - 221 B.C.) in Chinese calligraphy by Carmen Lam.

In ancient times, the dragon was a symbol of imperial power, and only the Tian family could own the embroidered dragon products. Only the emperor can be called a dragon. The dragon is a symbol of power, nobility, and honor in traditional Chinese culture, and a symbol of luck and success. "Hopes one's children will have a bright future" is the wish of every parent.

Here is a unique slithering Chinese dragon. The year of the dragon is one of the most famous in the 12-year Chinese cycle. The dragon in Chinese calligraphy is one of the most popular items for souvenirs of travelers visiting China. Your friends sure to ask what this unique art represents or you can surprise your friend with a memorable gift commemorating his birthday in the year of the dragon.


In Chinese astrology, each year is related to a Chinese zodiac animal according to the 12-year cycle. In order, the 12 animals are Rat, Ox, Tiger, Rabbit, Dragon, Snake, Horse, Goat, Monkey, Rooster, Dog, Pig. Each year is associated with a zodiac animal.