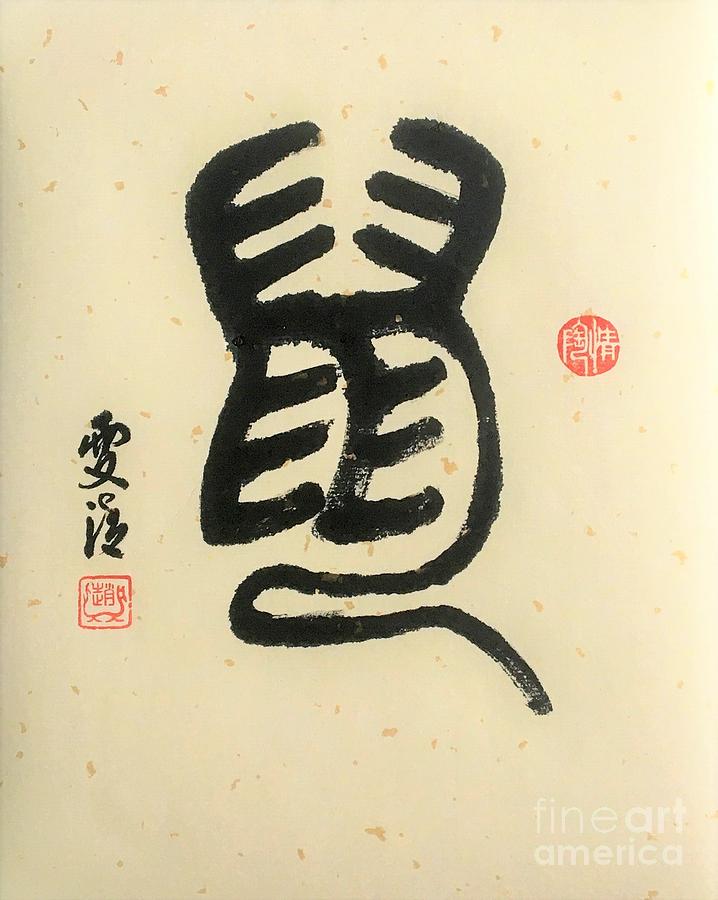 This piece artwork is Chinese character Rat -鼠. It was using Chinese traditional ink handwritten on good rice paper, and It was a seal script style (1122 - 221 B.C.) in Chinese calligraphy by Carmen Lam.

In Chinese astrology, each year is related to Chinese zodiac animals according to the 12-year cycle. In order, the 12 animals are Rat, Ox, Tiger, Rabbit, Dragon, Snake, Horse, Goat, Monkey, Rooster, Dog, Pig. Each year is associated with a zodiac animal. 2020 is the Year of Rat.

Thanks to the Fine Art America Administrators for the honor of featuring this artwork in the following groups:
**Your Story of Art
**Decade 2020
**Awesome Asia
**Covid - 19 Mask Group

Thank you so much, Dear Christopher! for the honor of feature in your Fine Art America group '1000 Views on 1 Image". I truly appreciate your kind support and promotions.

Congratulation.....your wonderful work has been featured in the 1000 Views on 1 Image Group ..... Please place your featured image in the Feature Archive and any other appropriate Archives l/f/p

Hello Ian, Thank you so much for the honor of featuring my painting in your Fine Art America group "Awesome Asia” and your like and favorite. I truly appreciate them.

Hello Julie, Thank you so much for the honor of featuring my painting in your Fine Art America group "Your Story of Art". I truly appreciate it.

Hello Debora, Thank you so much for the honor of featuring my painting in your Fine Art America group "Decade 2020". I truly appreciate it.