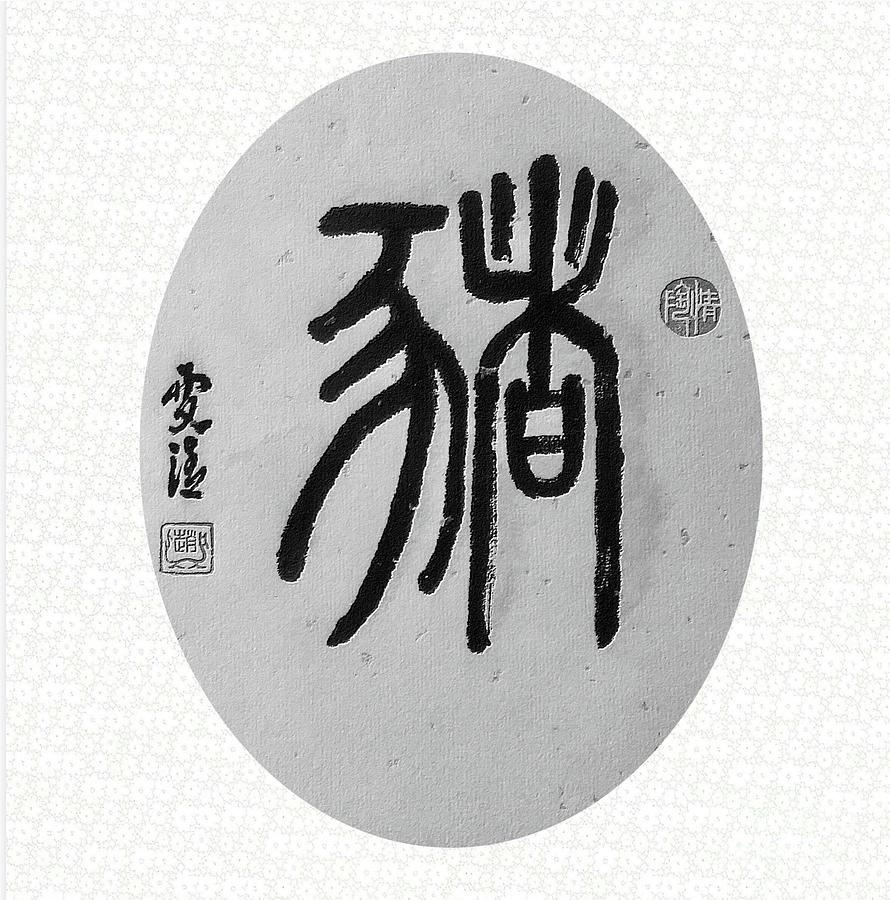 This piece of artwork is an artistic representation of the Chinese character for Pig 豬．It was using Chinese traditional ink handwritten on good rice paper and It was seal script style (1122 - 221 B.C.) in Chinese calligraphy by Carmen Lam.

Thank you very much, Shoal! for your kind of encouragement on my work, So appreciate it.

This is fantastic work, I love it