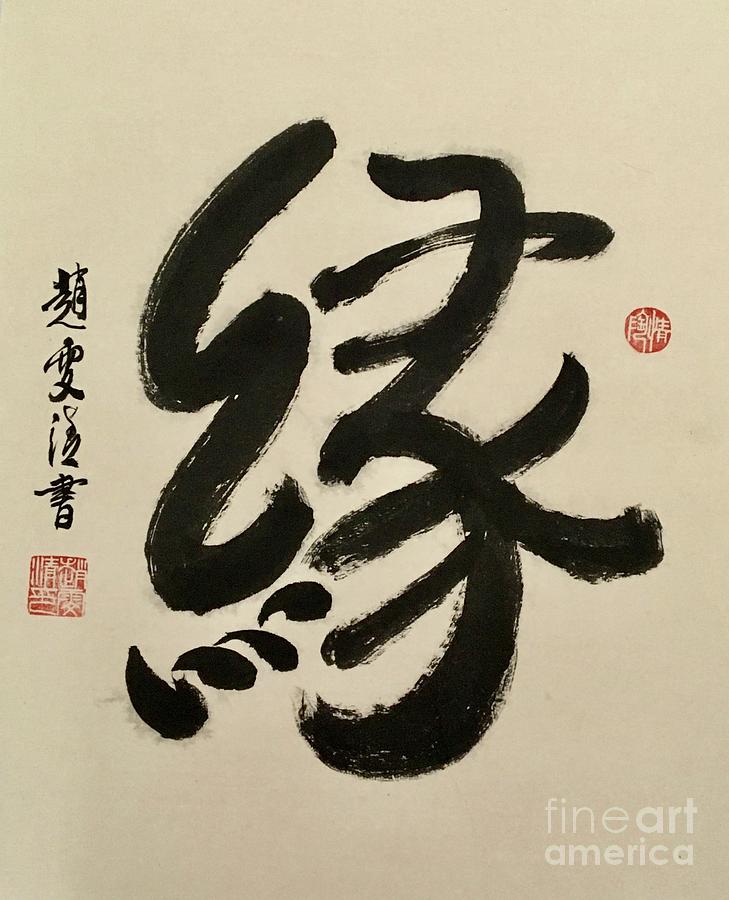 Fate/Yuan (缘): also sometimes written as "Yuanfen" (緣分). It is an abstract concept in Chinese culture and religion. The means "fateful coincidence" - a concept within Chinese religion which describes good and bad chances, as well as potential relationships.

It entails the concepts of destiny and luck, which is similar to its meaning within the western culture; and is often described as something that is more than just a mere coincidence. It is usually used in the aspect of bringing people together, and usually refers to both romantic relationships, and friendships.

This work has been featured in the following FAA Group:
**Art and Meditation
**Your Story of Art
**Awesome Asia

Thank you so much, Johanna!

Thank you so much, Dear Ian! for the honor of feature my work in your FAA group "Awesome Asia". So appreciate it.

Thank you so much, Dear Julie! for the honor of feature my work in your FAA group "Your Story of Art". So appreciate it.

Thank you so much, Mahesh! for the honor of feature my work in your FAA group "Art and Meditation". So appreciate it.